Nitrogen dioxide (NO2), particulate matter (PM2.5) and ozone (O3) are of particular concern to human health. Many premature deaths are also attributed to particulates, as well as damages to ecosystems.

The World Health Organisation WHO has defined air quality guideline values for particulates and ozone (WHO 2006). A new recommendation for NO2 has been proposed in a research paper (WHO 2013). Above these levels, health risks increase significantly. These values are stricter than the limits defined in the EU Air Quality Directive.

Levels of nitrogen dioxide and particulate matter have fallen considerably. 2019 is the first year in which nitrogen dioxide falls below the WHO recommendation in agglomerations. In 2020, the mean level of PM2.5 was also just below the WHO recommendation for the first time. However, ozone concentrations fluctuate widely. This is largely due to the influence of the weather. In hot summers such as 2003 or 2015, ozone concentrations rise sharply. Thus it is impossible to make a meaningful statement about the trend in recent years.

In 2008 the EU set out its air quality objectives in the Air Quality Directive (EU Directive – 2008/50/EC). The German Environment Agency believes that, in the long term, the limit values defined in the directive should be reduced to the WHO recommendations. Even then, large parts of Germany would still fail to meet the less ambitious targets of the EU directive (UBA 2022). There is still a long way to go until the air in agglomerations is sufficiently ‘clean’. 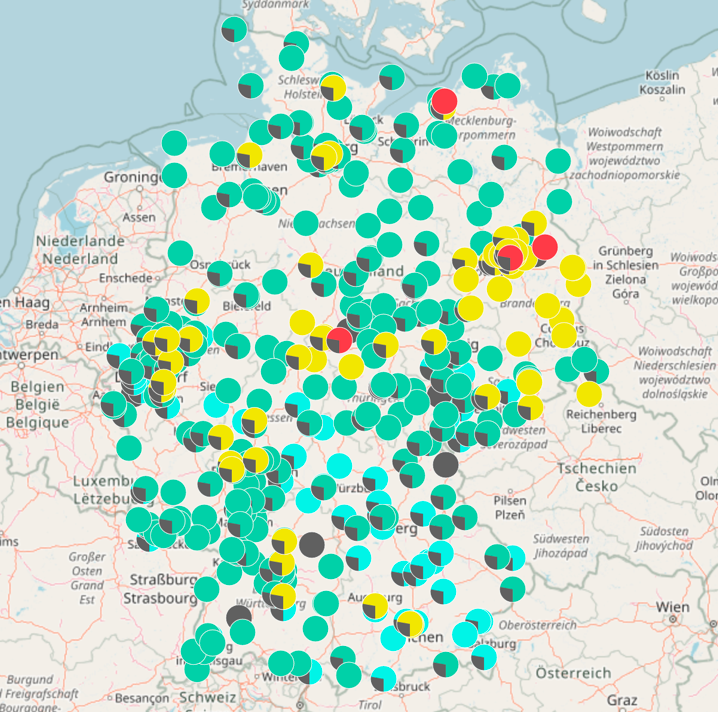