Climate change alters the world which we live in - with manifold effects on nature, society and economy and our everyday lives. These effects are referred to as climate(change) impacts. Those impacts are visible today in the form of melting glaciers, changes in the behaviour of migratory birds or an early spring.

Climate impacts: which sectors are affected?

The climate is changing and will continue to change in the future. The observed and calculated changes can be linked directly to greenhouse gases emitted by humans. Climate change manifests itself both in long-term changes in the climate such as slowly increasing average temperatures or rising sea levels as well as in an altered climate variability, i.e. greater climate fluctuations and more frequent extreme weather events such as storms, drought or heat-wave summers.
The impacts of climate change are manifold and influence our everyday lives. A range of different fields are affected. Some examples are:

Climate change has varying consequences for the different regions in Germany, even if it is getting warmer everywhere and the risk of heavy rainfalls and droughts is rising. In the context of the vulnerability analysis 2015 - summary regions and systems which are particularly endangered by climate changes have been identified. This way starting points for possible adaption measures can be identified.

If you want to learn more about regional impacts of climate change, see here which climate impacts the German Länder will have to expect. 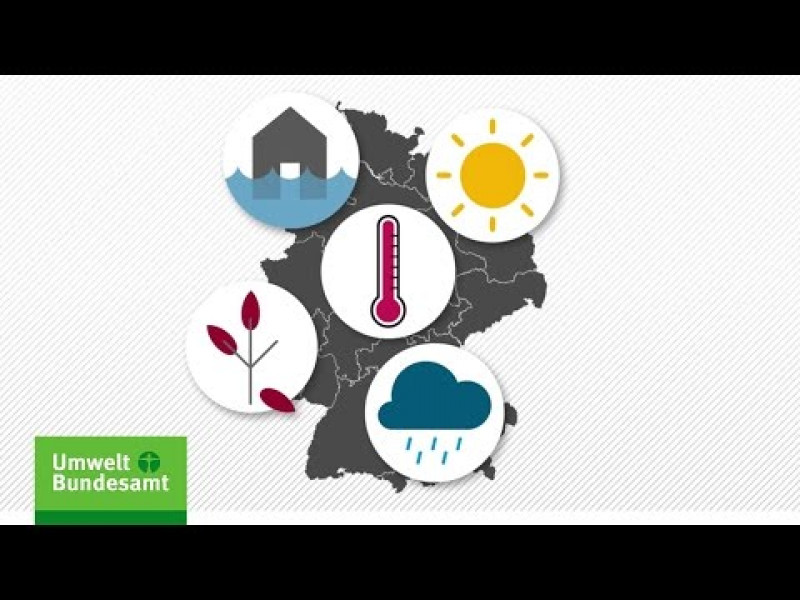 Does climate change involve chances, too?

In the medium term and for certain regions climate change offers chances for some fields: milder winters can, for example, reduce health effects of cold spells, downtimes in the construction industry or our demand for heating energy. Other areas may benefit from positive effects, too. As far as most of the examined regions, industrial sectors and ecosystems are concerned, the negative effects outweigh the positive ones by far.

When adaption measures are planned, one should consider the varying degrees to which regions or fields are affected by climate change and their differing possibilities to adapt.

In order to assess the possible consequences of climate change one can resort to climate models as well as climate impact models.

The results of climate models, the so called climate projections, give insights about how the climate will develop in the future due to anthropogenic greenhouse gas emissions (see climate change). Impact models use these climate projections and connect them with existing knowledge about the relationship between climate and its influence on humans, nature and the economy in order to assess future climate impacts.

How can climate impacts be met?

Potentially occurring damage can be reduced or limited and potential chances can be exploited if preparations for climate impacts are carried out as early as possible and in a targeted manner. As climate change affects everyone, everyone is called upon to act. In all spheres of politics the economy, science and society something can and has to be done in order to prepare for climate change and its impacts. Due to the German Strategy for Adaptation to Climate Change and the Adaptation Action Plan as well as the Progress Report to the Adaptation Strategy, Germany is in a good starting position for dealing with climate impacts.