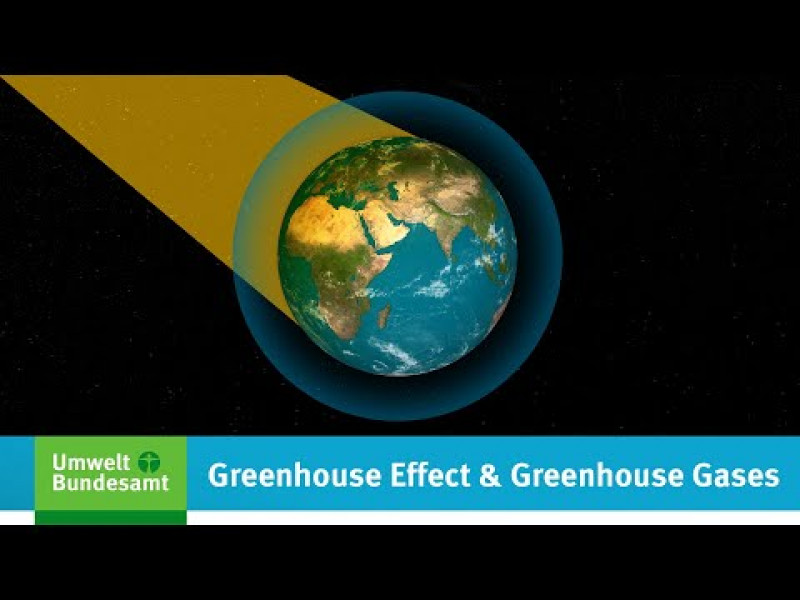 Climate is described in terms of mean values, characteristic extreme values, and frequency distributions of meteorological parameters such as air pressure, wind, temperature, cloud cover, and precipitation over a certain period of time and larger area.

From our own experience, gathered e.g. on holiday trips, we know that climate varies from region to region. The fact that climate also changes over time is evident from knowledge about the last ice age which covered large parts of what nowadays is Germany under a sheet of ice and with catastrophic consequences for all existing life forms at the time.

Research in the field of palaeoclimatology (study of historical climate developments) reveals variations in the global mean temperature ranging between 9 degrees Celsius and 16 degrees Celsius over the past million years. Hence scientists have long searched for answers to why these observed climate changes have taken place. Put simply, the causes are as follows:

With the exception of the variation in geoastrophysical parameters, these changes may have both natural (e.g. vulcanism) and anthropogenic (= man-made) origins.

In the pre-industrial age the impact of human intervention was limited to a local or regional scale. Since the onset of industrialisation, however, it has become clear that transboundary and global changes in the composition of the atmosphere have taken place as a consequence of human activity.

Evidence is in the increase of greenhouse gas concentrations, which have risen in the entire atmosphere since 1750. Global concentrations of carbon dioxide (CO2) rose by over 35 percent up until 2005, methane (CH4) increased by 148 percent, and nitrous oxide (N2O) by 18 percent over pre-industrial age levels.

All of these substances and gases, including water vapour and ozone, have a special characteristic: They allow relatively unobstructed penetration of the sun’s energetic radiation towards Earth (especially in the visible short-wave range) whilst absorbing a part of the long- wave radiation that is reflected from the Earth’s warmed surface.

As a result, these gases’ molecules are transformed into a so-called energetically “excited state”, only to return to their ground state while producing emissions of infrared radiation. The emission of heat radiation occurs in all directions; that is, in large part back to the Earth’s surface ("incoming long-wave radiation"). In order for this surplus mass of added energy to be reflected (which must occur according to principles of energy conservation or dynamic, energetic equilibrium, in which the Earth and the atmosphere are in balance), the Earth must adopt a higher temperature accordingly. In the simplest of terms, this is the nature of the greenhouse effect. The gases involved are generally referred to as “greenhouse gases”.

Due to the increase of greenhouse gas concentrations in the atmosphere, an additional greenhouse effect is occurring as well as a concurrent rise in surface air temperature. Whereas the natural greenhouse effect is vital, its amplification by human interference is a cause for concern. Any change in one climate factor (in this case the composition of the atmosphere) can, as a result of a variety of interdependent processes, lead to widespread and sudden changes in the entire climate system. Since ecosystems and our civilisation are adapted to current climate conditions, any such change could have threatening consequences.

It is difficult to say what the impact of an increase in atmospheric greenhouse gas concentrations on the climate will be. Since there are no simple cause-effect chains in the climate system, a change in one parameter (e.g. radiation) triggers a change in many other parameters (e.g. temperature, air pressure, evaporation, cloudiness, etcetera). Furthermore, other positive and negative feedbacks occur (strengthening and weakening of processes). It is therefore necessary to implement climate models and simulate possible future climate changes with the help of supercomputers.

Please contact us exclusively by e-mail: buergerservice [at] uba [dot] de.
Unfortunately, we are currently not available by telephone.
There may currently be delays in answering enquiries. We ask for your understanding.
The visitors' room in Dessau-Roßlau is temporarily closed.