The pollutants nitrogen dioxide, particulate matter and ozone continued to threaten human health in Germany in 2014. These are the results of interim evaluations by the Federal Environment Agency (UBA ) of measurements taken at over 500 measuring stations. Nitrogen dioxide, whose main source is motor vehicle exhaust emissions, is particularly critical and has evolved to become pollutant Nr. 1: the annual mean values measured at more than half of the measuring stations near roads with heavy traffic were once again above the limit value of 40 micrograms (µg) per cubic metre (m3). The levels of particulate matter measured in 2014 were among the lowest on record, but UBA President Maria Krautzberger nevertheless sees no reason to sound the all clear: "Despite low levels of particulate matter there is still a health risk. There is no action level for particulate matter – even the lowest concentrations can do damage to health. The World Health Organization (WHO) has confirmed this time and time again." 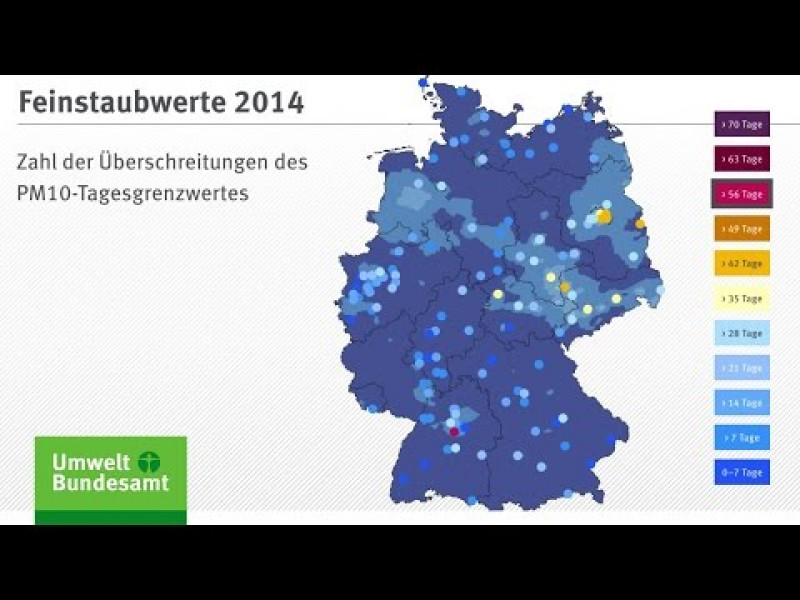